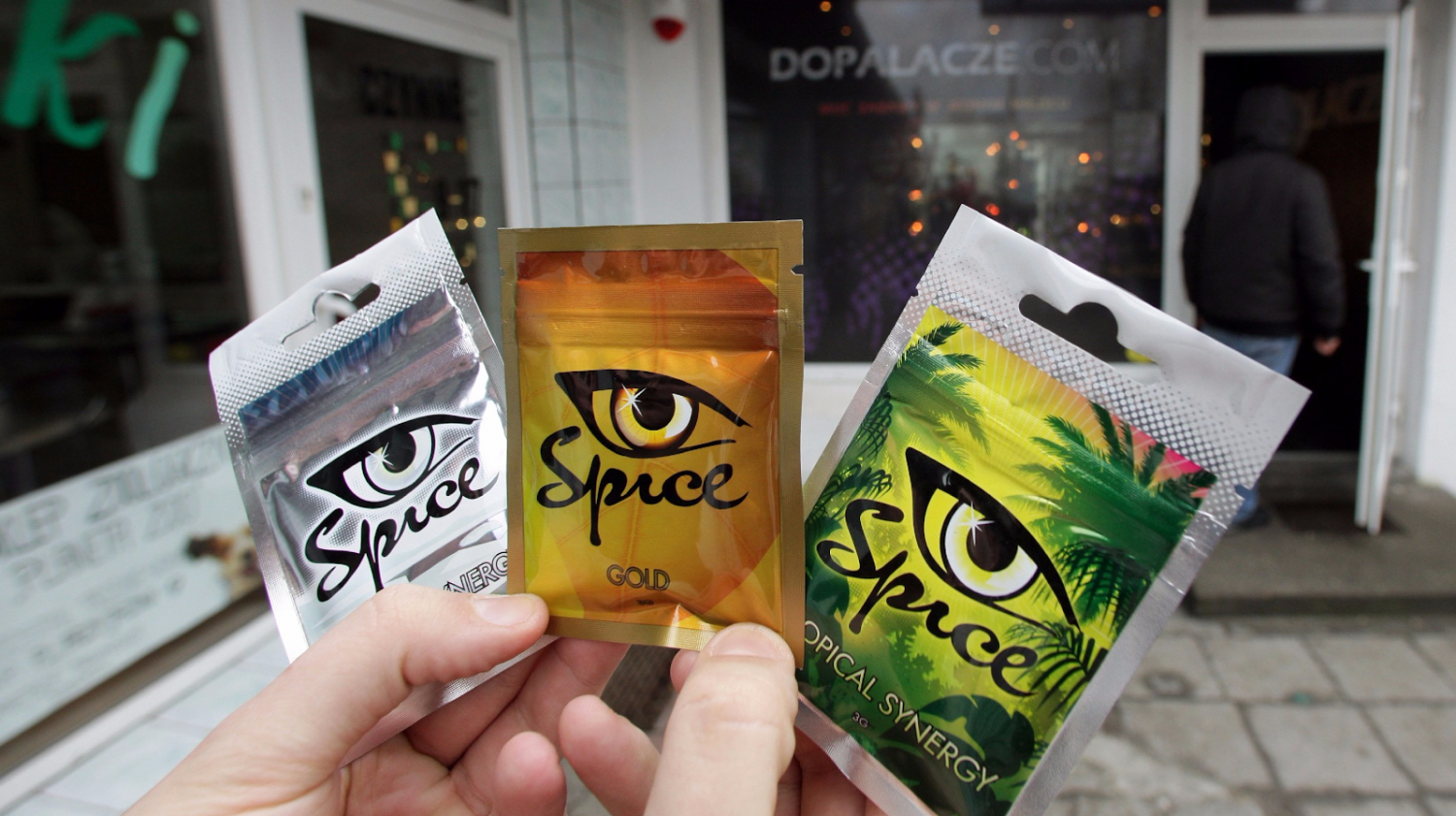 The Royal College of Nursing has stated that they feel their NHS healthcare staff are being exposed to “unacceptable” conditions in prisons whilst treating inmates that are using the highly dangerous drug Spice.

This follows reports of nursing staff “passing out” from inhaling Spice drug fumes, whilst administering sometimes critical and life saving treatment to inmates within their cells.

HM Prison Services, Probation Service and The Prison Officers Association are now working together with the Royal College of Nursing to implement safety guidelines that will protect the UK's prison healthcare workers.

Shockingly, reports have revealed that prison nurses are expected to enter the small holding cells that are thick with Spice fumes to administer treatment, rather than removing the prisoners from the cells before taking care of them or waiting for the smoke to clear.

Guidance for prison nursing staff will be updated in order to safeguard them from further exposure to the toxic fumes of Spice. This will include updated guidelines for emergency treatment and out of hours treatment, in addition to better recording and reporting of incidents.

The dangers posed by spice, both to prison healthcare staff and the patients they care for, cannot be overstated, these drugs kill. “Nursing staff have passed out or been left unable to drive after inhaling fumes in smoke-filled cells. This is unacceptable.

She further went on to say that working closely with the prison and probation services to tackle the dangerous climate is:

The Deadly Effects of Spice

Spice was originally sold as a herbal legal high, designed to mimic the effects of the drug Cannabis.

Due to a large number of individuals becoming addicted to Spice and reports of strong strains of Spice being sold that rendered users in a “zombie” like state, Spice was banned under the Psychoactive Substance Act 2016.

The effects of Spice have been likened to the effects of Heroin and Crack Cocaine. Despite Spice now being classified under the Substance Misuse Act, it is stronger and more dangerous than ever before.

Spice is sold under different brand names and often mixed with highly toxic and addictive substances.

The Vice produced the following video, documenting the effects and impact of Spice; Spice still very much being a problem in the UK and rife in UK prisons.

Spice Use Increases in UK Prisons

A UK prison evaluation of Spice use in Britain's prisons by UserVoice, presented statistics revealing the following key findings:

The research was presented by Dr Russell Newcombe and Lee Christensen, with 1,376 inmates participating in the survey.

Spice is a highly addictive substance and can kill. Those that use Spice, quickly become a slave to its addictive properties and suffer horrendous withdrawal symptoms that keep them using.

If you have a loved one or a family member that is suffering from a Spice addiction, please call Sober Services for private and professional help and treatment.

We have a wide range of first class addiction treatment services that can help any individual that is addicted to Spice to get clean. Even for those that do not want help to stop Spice, we can facilitate a professional intervention. Taking action now could potentially save a life.

Reasons for a Sober Intervention

Have some questions and answers about our Sober Interventions? 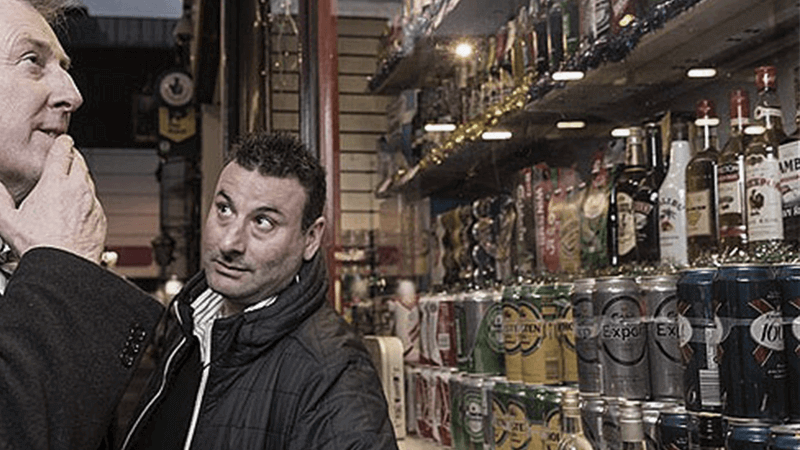 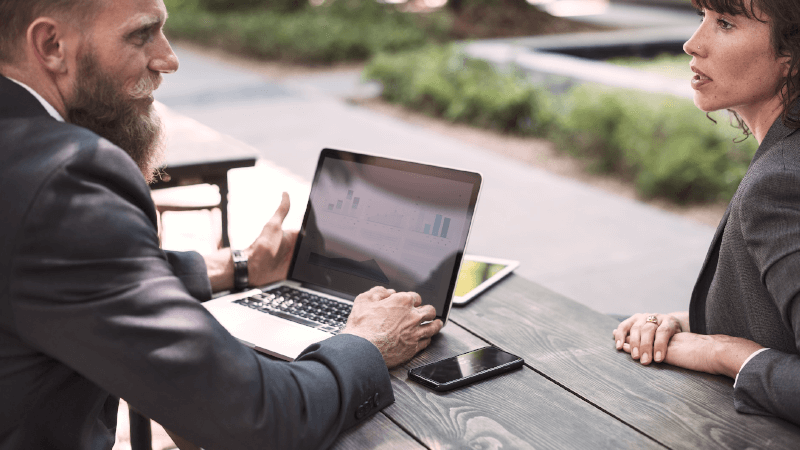 We offer independent and unbiased help choosing which residential rehabilitation centers or detoxification clinics are the most appropriate.
Learn More

Any cookies that may not be particularly necessary for the website to function and is used specifically to collect user personal data via analytics, ads, other embedded contents are termed as non-necessary cookies. It is mandatory to procure user consent prior to running these cookies on your website.

You can call us or Facetime us directly on +66 626 418 369, Thailand timezone. Alternatively contact us via WhatsApp, or if you would prefer we will call you back as soon as possible once you complete the form below.

or Request Call Back

Naltrexone FAQ
WHAT IS NALTREXONE?
Naltrexone is a drug that blocks the effects of heroin and methadone (Physeptone) and all other opiates, such as morphine, Palfium, codeine, dihydrocodeine (DF118) and Subutex (buprenorphine).
HOW MUCH IS TREATMENT?
1 implant – which lasts for 10-12 weeks = £1495.00 + VAT, 5 implants to cover a 12 month period = £6995.00 + VAT.
HOW DOES IT WORK?
Naltrexone enters the brain and nervous system and attaches itself to small areas called opiate receptors. For heroin to produce its effects, it must get to these receptor sites, but naltrexone stops heroin getting to them.
WHY TAKE IT?
Naltrexone helps prevent relapse. Most heroin addicts will have at least one relapse after getting ‘clean’. Research indicates that addicts who take naltrexone regularly have a better chance of staying clean than with any other treatment.
HOW EFFECTIVE IS IT?
Completely. Most addicts try using heroin soon after starting naltrexone. Once they realise that smoking or injecting even several grams of heroin has no effect, they don’t usually waste their money by trying again.
HOW LONG DO I TAKE IT FOR?
We recommend you take it for at least six months and agree to let a responsible family member, friend or workmate see you take it regularly.
IS NALTREXONE ADDICTIVE?
Definitely not. Even after several months, there are no withdrawal symptoms if you stop suddenly.
IS IT A NEW DRUG?
No. Naltrexone has been used in the USA for over 30 years and in Britain for over 15 years.
DOES IT HAVE SIDE EFFECTS?
Very few and none of them serious. A few patients experience slight tiredness or indigestion. Even swallowing a whole bottle of tablets causes no harm. However, if you take naltrexone while you are physically addicted to heroin and other opiates, it will cause withdrawal symptoms within a few minutes. If you stop taking naltrexone and start using heroin again, you could kill yourself if you took your usual dose of heroin right away.
WHO SHOULD THINK OF TAKING NALTREXONE?
Any opiate addict who wants to stop using opiates but who has never managed it for long, or at all (except in institutions) or who thinks that relying on will-power, NA or counselling alone will not work for them.
IS COUNSELLING NEEDED AS WELL?
We advise all patients to attend, or have telephone consultations, two or three times during the first month and at least every month or two for the next six months. Some people may need to come more often but if you stay clean for a few months and keep yourself occupied, a lot of your problems will probably disappear without much help. We like to involve your family in treatment. If you already have a counsellor, we are happy to work with them. NA (Narcotics Anonymous) have told us they don’t mind people attending NA meetings while on naltrexone.
CAN ADDICTS GO STRAIGHT FROM HEROIN OR METHADONE TO NALTREXONE?
Only by using heavy sedation or anaesthesia. However, if they can get themselves ‘clean’ for about four days from heroin and about seven days from methadone, they can usually start naltrexone as out-patients.
WHAT HAPPENS IF I STOP TAKING NALTREXONE AND RELAPSE?
We will offer you a choice between detoxing and starting naltrexone again, methadone maintenance or slow withdrawal, or referral to a residential programme.
HEALTH INFORMATION FOR PATIENTS USING NALTREXONE IMPLANTS
Please read the following information carefully

If you have a Wedgewood naltrexone implant, you don’t need to take naltrexone by mouth until the implant wears off. We advise that a second implant, if you are having one, should be inserted between 4-5weeks after the first one to try to ensure that there is some overlap between implants. If it turns out that your implants last longer than the average of around 6 weeks, subsequent implants can be put in at slightly longer intervals. (Alternatively, consider an O’Neil longer-acting implant). If you feel confident that you would take oral naltrexone reliably after the first one or two implants, you should take one tablet daily or two to three tablets every two or three days. Please arrange to take naltrexone tablets under supervision, preferably dissolved in coffee or juice to discourage cheating. People taking unsupervised naltrexone tend to stop it too soon and are much more likely to relapse. If you are running short of naltrexone, half a tablet daily will probably still provide adequate opiate blockade.

Patients with an implant should make sure they keep a small supply of naltrexone tablets as an emergency reserve. This can be used if there is an unexpected delay before the next implant or if a prescription for tablets gets delayed. Implants of any type occasionally get infected. Usually, this clears up quickly with antibiotic treatment but an abscess could develop and the implant could be lost if the abscess bursts. This seems to be very rare. If it does happen, you should take oral naltrexone half to one tablet daily and seek further advice from us immediately.

IMPORTANT WARNING !!
Naltrexone implants and naltrexone tablets taken regularly seem able to block even large amounts of heroin or other opiates. Many patients test out the blockade in the first few days and are reassured to find it works. However, it can be dangerous to try to overcome the blockade by using enormous amount especially when the implant may be starting to wear off, i.e. any time after about five weeks, because you could be at serious risk of a potentially lethal overdose. When you have been clean for a few weeks, you lose your tolerance of opiates. That means that even quite a small amount of heroin could kill you if you were not protected by naltrexone. Abstinence from opiates has risks as well as benefits. There is a sad and steady trickle of overdose deaths in patients who had been clean for weeks or months and thought they deserved a little treat. DON’T LET THIS HAPPEN TO YOU.

Being on naltrexone means that opiates will be ineffective for pain relief if you have an accident or need surgery. Fortunately, there are pain-killing drugs which are not blocked by naltrexone. These include nitrous oxide (laughing gas) which most ambulances carry and the anaesthetic drug ketamine. Make sure that you always wear your naltrexone warning card and/or wear your warning tag.

Swelling at the implant site two or three months after insertion sometimes occurs. It is usually painless and usually settles without treatment. Very occasionally, infection or tissue reaction at the implant site could lead to a hole or ulcer forming in the skin. This could require surgical treatment but we stress that serious reactions seem to be very rare. Phone us if you are worried.

CARE OF THE IMPLANT SITE
It is very important to avoid soaking the incision and dressing for at least the first four days. Take showers rather than baths and protect the dressing against water. Change it if it gets wet. Please telephone us you think you are developing any infection or other reaction at the implant site. It is normal for the area to feel bruised and tender for a few days but persistent throbbing pain, redness and swelling, or discharge from the wound, suggest that infection is developing. Allergy is rare but not unknown.
REMOVAL OF STITCHES
Different doctors use different types of sutures (stitches) to close the implant incision depending on what they are most familiar with. Sometimes the sutures may be underneath the skin and do not need to be removed. It the sutures are visible, then they should be removed after a minimum of 7 days and preferably not more than 14 days, to reduce the risk of localised infection. We can remove them during follow-up visits. Alternatively, your GP can remove them, or we can tell you how to do it yourself.